On 15 December 2020 the personal income tax reform will be discussed during a conference organized by ANTI. Prof. Giuseppe Zizzo will focus on the business income.

The Annual Tax Director 2020, organized by Paradigma srl, has been the occasion to reflect on some critical issues relating to tax audits and to focus on its flaws.

Prof. Giuseppe Zizzo is one of the finalists in the Tax Advice and Tax Litigation categories at the TopLegal Awards 2020.

Role and responsibility of Tax Director

The company Paradigma has organised two interesting training days about role and responsibility of a Tax Director. Prof. Giuseppe Zizzo will focus on how to manage tax audits and tax litigations on the first day, on 29 October.

For the fourth time, prof. Zizzo has been nominated as one of the leading Tax Controversy practitioners according to the tenth edition of Tax Controversy Leaders guide, edited by World Tax in association with the International Tax Review.

Professor Giuseppe Zizzo spoke about the derivation principle applied in Italy and the relation between the accounting rules and the tax legislation, during a tax seminar organized by Università degli Studi di Milano. 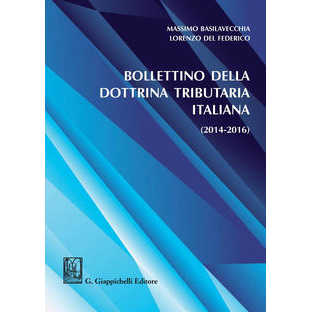 Constitutional Court: registration tax is a “tax on deed”

After the decision of the Constitutional Court no. 158/2020, the Supreme Court will finally have to admit that registration tax is a “tax on deed”. 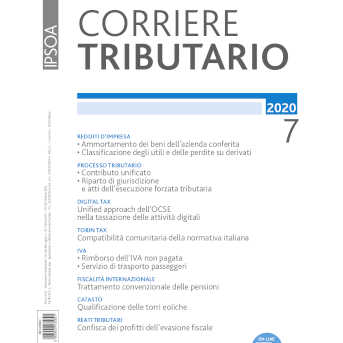 The cadastral income of wind farms

The article of prof. Giuseppe Zizzo about the cadastral income of wind farms was published in the issue n. 7 of “Corriere Tributario“.

To reform or to rebuild business income ?

To reform or to rebuild business income? Prof. Giuseppe Zizzo addressed this issue during the webinar organized by Formazione UNCAT, on 30 June.

Tax and Covid crisis: to reform or to rebuild business income

On 30 June the issue of corporate taxation in the Covid legislation will be discussed during the webinar organized by Formazione UNCAT.

In the issue n. 2 of “Diritto e Pratica Tributaria” the editorial of prof. Giuseppe Zizzo about the relation between personal income tax (“irpef”) and the constitutional principle of progressivity was re-proposed . 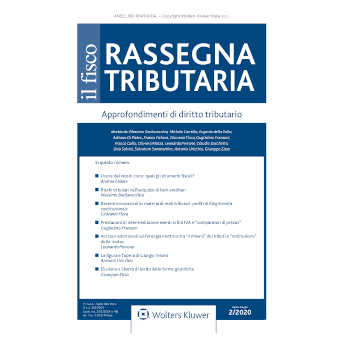 Tax avoidance and freedom to choose the least taxed way

In the issue n. 2/2020 of  “Rassegna Tributaria“ an article by Prof. Giuseppe Zizzo was published about tax avoidance and freedom to choose the least taxed way, when there are alternative solutions for reaching a certain economic and legal outcome.

The presumption regarding the distributions made by foreign trusts

Below is a summary of the report given by Prof. Giuseppe Zizzo during the webinar of 19 May organized by STEP Italy regarding the presumption relating to the distributions made by foreign trusts.

Distributions made by foreign trusts

On 19 May, during the webinar “Distributions by foreign trusts: comments on the position paper of STEP Italy“, Prof. Giuseppe Zizzo will speak about the presumption of income of the art. 45, para. 4-quater, of the Italian Tax Code. 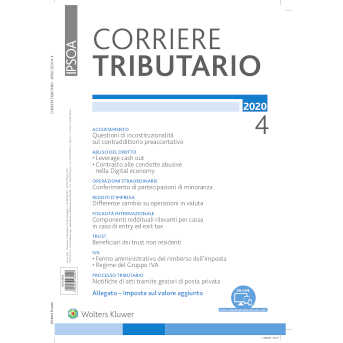 In the issue n. 4/2020 of  “Corriere Tributario“ an article by Prof. Giuseppe Zizzo was published about the taxation of the beneficiaries of non-resident trust. 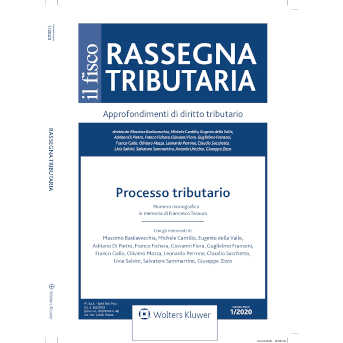 Abuse of law and burden of proof

The article “Abuse of law and burden of proof” of Prof. Giuseppe Zizzo, was published in the issue n. 1/2020 of  “Rassegna Tributaria“.

The law firm continues to work during Covid-19 emergency. We are perfectly aware of our duty to stay at home, however we continue to manage your tax affairs remotely! 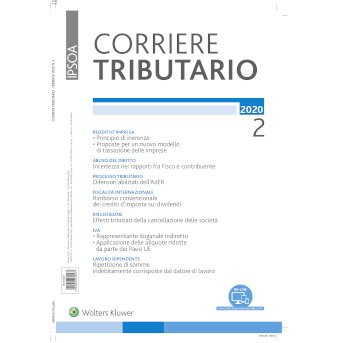 In the article “Treaty tax credit refund on dividends: another example of denied rights”, published in the issue n. 2 of “Corriere Tributario”, Prof. Giuseppe Zizzo explains why he does not agree with the argument expressed in the ordinance n. 27807/2019 of the Supreme Court, with regard to the tax credit refund provided for by […] 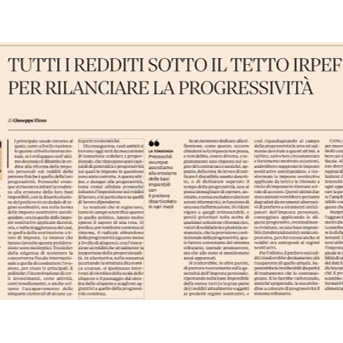 Prof. Giuseppe Zizzo addresses the issue about the relation between personal income tax (“irpef”) and the principle of progressivity in the editorial published in “Il Sole 24 Ore” of 14 February 2020.

Prof. Zizzo at the University of Palermo for the Winter School

On 21 February prof. Giuseppe Zizzo will speak about the abuse of tax law at the seminar “Rights and Procedures”, organized by the University of Palermo.

Global or regional taxation: nexus criteria and the future of taxation

Since the 20’s of the last century, income taxation has been dominated by the coexistence and competition of two nexus criteria between States and income, both, because of the time in which they were elaborated, inevitably an expression of nationalism. A subjective criterion, “residence”, which entails a worldwide taxation, and an objective criterion, “source”, which entails […]

Prof. Zizzo at the conference about the Future of Taxation

“Global or regional taxation: nexus criteria and the future of taxation” is the title of the speech of prof. Giuseppe Zizzo at the inaugural conference of the Comitato Giovani of A.N.T.I. – Sezione Lombardia.